Eating In A Gluten Free World 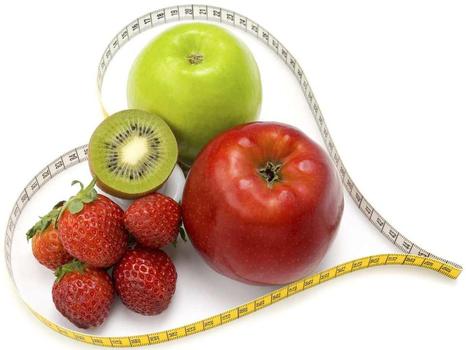 Gluten is a protein found in grains such as wheat, rye, and barley. It binds starches together and makes dough doughy.

Many people do not have the enzymes to digest gluten. If you regularly feel bloated and gassy, or suffer from cramps, vomiting, diarrhea, dizziness, or migraines after a gluten-rich meal (like bread, cereal, pasta, pizza, and pastries), you may have celiac disease. Celiac is the most serious form of gluten sensitivity; it affects about 1 in 100 people.

However, there are many many more who have gluten sensitivity but don’t have the long-term and ongoing damage to the villi of the small intestine that people with celiac disease have. As a result, they may not even know that gluten is making them sick!

Gluten sensitivity has been linked to a multitude of ailments, including depression, anxiety, schizophrenia, autism, dementia, seizures, intestinal disorders, skin problems, autoimmune diseases, adrenal exhaustion, and many more. For people with celiac disease and gluten sensitivity, the only treatment is to stay away from gluten for life.

Eating gluten free is not as difficult as it sounds; well-prepared gluten free foods can be as tasty as or even tastier than regular foods. There are many gluten free cookbooks on the market, some are better than others. For example, Against All Grain by Danielle Walker is a fabulous one. Not only is it gluten and dairy free, it is also suitable for diabetics. Depending on where you live, some of the ingredients for gluten free cooking may be harder to find in a regular grocery market, hence, it is recommended that you purchase them online.

Having said that, the awareness in the food industry is also exploding. It is now much easier to find food products labelled “gluten free” in grocery markets and many restaurants have started to provide “gluten free” menus.

What follows is a guide for identifying foods that are likely to contain gluten and foods that do not. The last section discusses strategies when eating out in various types of restaurants.

Eating Out In Restaurants

This is probably the most challenging among all the different types of restaurants as most foods contain soy sauce. Focus on items that have light sauces.

Like Chinese food, most Japanese dishes use soy sauce for flavoring. Sashimi and sushi are your safest bets. Bring along some gluten free soy sauce if you plan to go to a Japanese restaurant.

Both Thai and Vietnamese use a lot of fish sauce (gluten free) in their cooking, however, on the safe side, always verify with the kitchen. Many times, when requested, the chef will omit the soy sauce and substitute with fish sauce instead.

If you are super sensitive to gluten or have celiac disease, you need to watch out for cross contamination in the kitchen both at home and at restaurants – that means shared cutting boards, knives, toasters, waffle grills, pizza ovens, frying oil, water for cooking pasta, and baking sheets.

Wheat flour can remain in the air for up to 24 hours and a few crumbs are enough to cause a reaction for some people. Keep in mind that wooden cutting boards are porous and gluten can get trapped in them. You can try to use a marble cutting board instead.

When eating out, do your homework. Choose restaurants that are more likely to be naturally gluten free. If half the menu is breaded or crumbed, you may want to try somewhere else.

Some restaurants take cross contamination more seriously than others. California Pizza Kitchen is one chain that has removed all wheat flour from its pizza prep stations and replaced it with rice flour, hence, alleviating the risk of airborne gluten. Their pizza doughs are individually wrapped in plastic and baked in separate pizza pans. Gluten free topping ingredients are kept within designated areas in containers with colored lids. Managers and staff members have been trained to put on special gloves to handle gluten free orders. They have gluten free pans as well as cutting boards and wheels to prepare gluten free pizzas.

Apart from CPK, there are an increasing number of restaurants offering gluten free menus. However, if you are among those who are super sensitive to gluten, you need to research their practices regarding cross contamination.

Carol Chuang is a Certified Nutrition Specialist and a Metabolic Typing Advisor. She has a Masters degree in Nutrition and is the founder of CC Health Counseling, LLC. Her passion in life is to stay healthy and to help others become healthy. She believes that a key ingredient to optimal health is to eat a diet that is right for one’s specific body type. Eating organic or eating healthy is not enough to guarantee good health. The truth is that there is no one diet that is right for everyone. Our metabolisms are different, so should our diets. Carol specializes in Metabolic Typing, helping her clients find the right diet for their Metabolic Type. To learn more about Metabolic Typing, her nutrition counseling practice, and how to get a complimentary phone consultation, please go to http://cchealthcounseling.com/